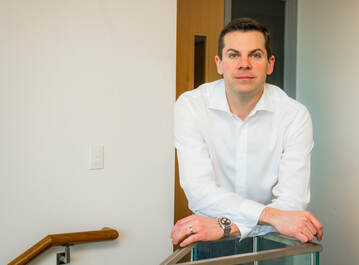 Eric Fischer, PhD, is Assistant Professor of Biological Chemistry and Molecular Pharmacology at Harvard Medical School and a Principal Investigator in the Department of Cancer Biology at Dana-Farber Cancer Institute. His research focuses on understanding the complex mechanisms that underlie signaling through the ubiquitin proteasome system, and function and regulation of multi-component ubiquitin ligases and their role in disease. Leveraging the in depth understanding for therapeutic intervention through novel small molecule modalities is a second focus of his research, and has significantly contributed to our understanding of small molecule mediated protein degradation. Eric has been recognized for his pioneering work on the structure of cereblon and the mechanism of action of thalidomide, which continues to guide the development of IMiDs and related future drugs. His work has been instrumental for the growing field of small molecule protein degradation therapeutics. Eric also co-directs the newly formed Center for Protein Degradation, a unique collaboration between Dana-Farber and Deerfield Management.
​
Eric completed his undergraduate training at the Universities of Hamburg (Germany) and Basel (Switzerland). His doctoral training was at the Friedrich Miescher Institute for Biomedical Research and the University of Basel in the laboratory of Dr. Nicholas Thomä, culminating in a PhD in structural biology conferred summa cum laude. As a part of his graduate research, Eric also spent time in the laboratory of Prof. Kaoru Sugasawa at Kobe University (Kobe, Japan) and with the Novartis Institutes for Biomedical Research. Eric was recruited to Dana-Farber and Harvard in 2015 to establish his research group. Eric has received numerous honors recognizing his research achievements and promise, including a 2015 Novartis Institutes for Biomedical Research Team Award winner, a 2018 Damon Runyon-Rachleff Innovation Award from the Damon Runyon Cancer Research Foundation, and an Emerging Leader Award from the Mark Foundation for Cancer Research.
Back to Leadership
HOME | LEADERSHIP | NEWS | JOIN US | CONTACT

©2019 The Center for Protein Degradation at Dana-Farber Cancer Institute